Senator Warren’s Health Plan or Her Integrity: Pick One

Senator Elizabeth Warren (D. MA) is a leading candidate to be the Democratic presidential nominee. She has plans for nearly everything and styles herself as a wonk. This contrasts with her desire not to show her 70 years by bounding on to campaign stages and waving her arms about.

Fair enough. It is, after all, politics and we should not let our expectations get too far out of control.

As a professor at Harvard Law School, financial fraud against consumers was an area of particular focus for her. One of her biggest achievements as both a professor and a Senator was the creation of the Consumer Financial Protection Bureau under the Dodd-Frank Wall Street Reform and Consumer Protection Act.

A linchpin of the federal securities laws since the passage of the depression era legislation is that you cannot lie to investors when you try to sell them stocks or bonds. Interestingly, you can peddle wretched investments, but you have to tell the truth about how wretched they are.

The Consumer Financial Protection Bureau (CFPB) extends that idea to those who don’t buy stocks or bonds but are still subjected to possible harm by the financial services industry. Abusive lending practices by payday lenders are a prime example.

One might differ with how far her signature legislation went in curtailing bad behavior, but the essential concept of not lying to people who are less equipped to understand financial subtleties seems like a good thing.

Senator Warren wanted to head the CFPB, but she was stymied by those who opposed it, and the job was given to her ally, Richard Cordray.

Now, let’s assume that selling people stocks and bonds honestly is a good thing. We can quite safely go further to say that lending people money, which they will have to pay back when they get their next paycheck, also requires honesty to avoid defrauding the least sophisticated.

That is a backdrop against which I ponder Elizabeth Warren’s signature campaign issue — Medicare for all. It will impact every person in America, including perhaps those technically not entitled to be here.

Well, I know I am, so that makes at least one person in the “everyone” group. How about you?

Why then is it okay to lie to the entire country about the consequences of such a far-reaching plan and shouldn’t consumer advocate, Elizabeth Warren, know better than to do so?

Her campaign ducked telling voters how much Medicare for All would cost until the pressure became insurmountable. They released a figure of $20 trillion, pretty close to the total national debt. Other analysts from left, center and right put the figure at north of $30 trillion but these are at best directionally accurate.

Providing free health care for 325 million people costs a lot of money, especially because her plan removes all payments from consumers. No co-pays, no premiums, no deductibles, no out-of-pocket expenses.

Somewhere along the way, perhaps at a Harvard faculty meeting, Senator Warren must have met an economist to whom she could have asked, “what happens when you make a necessary service free?” The answer would have been “people consume more of it.”

How much more healthcare will people consume when it is free? Has that increase been factored into the $20 to $30 trillion cost of her plan?

Are voters not just about as deserving of being protected against misleading statements or fraud as stock and bond buyers? Or payday borrowers?

Should law professors who made their careers espousing the merits of disclosure not stick to that idea when they run for office?

Over to you Senator Warren.

16 Responses to “Senator Warren’s Health Plan or Her Integrity: Pick One”

It would be enlightening if you could wrangle a response from the Senator.

You give me more credit for my position on the journalist food chain than I come close to deserving. On a really good day I could get a comment from Bill Weld, but I have known him since the second grade. Best I could have done might have been a chat with Mary Livingston, who works on her campaign. I might see her Sunday and I will ask.

Much too logical, Haven.

You have found my Achilles heel.

I’m sure you know well what Maggie Thatcher said about Socialism: “The problem with Socialism is that you soon run out of OPM.” This is Socialism on steroids. You also know that no honest answer to your query is coming, now or ever.” It’s about the agenda and stupid consumers (voters) who know that nothing comes free, but don’t want to hear it. They just want to hear that you and I will pay for it. Even tiny Sweden gave up on this idiocy…

I am not sure they have gotten to left right issues yet. They seem more focused on left vs. left at least until the primaries are over. I agree that no answer will be forthcoming though.

Elizabeth Warren, the Buck stops where?

Probably not in the pocket where it began.

By the pricking of my thumbs,
Something wicked this way comes.
What is’t you do?

A deed without a name.

The Tragedy of Macbeth

Her fortunes seem to be in decline. Today, I heard an economist answer the question “which of Warren’s policies do you like the least?”

He replied, “they are all tied for last.”

(I had already written the story by the time I heard it.)

The daily crises tend to fade from view as new ones take their places in the upper ranks of the outrage listings. Much mental wellbeing derives from ignoring the silliness.

It’s Saturday. Normally a day of relaxation and level-headed assessment of the week that was. But, there is another option, and that is to upset the apple cart, and piss off as many people as you possibly can, from both sides of the aisle.
I choose the latter option.
What about a hybrid? You mandate Medicare for all. However, you require that citizens pay something for the service.
These payments are based upon your tax returns. Thus a family of 4 making $30,000 per year would pay $125 per month, or 5% of their yearly gross income. And on up. A family of 4 making $100,000 a year would pay $417 per month, or 5% of their gross income. What would Warren Buffet pay? A lot. Would he complain about it? I doubt it. It would not even be detected as a ripple upon the surface of his vast lake.
This would mitigate the costs of Medicare for all considerable. Would it pay for itself as per the above formula? I doubt it. I have nowhere near the talent to calculate the differential between actual costs and total revenues received. That calculation is the job of a computer, not me. Still, I suspect it would beat the pants off a totally for free system.

Failing all that, I would leave the system alone wherein 175 million people in this country are provided health care via their employers. That system works. But it’s far too expensive. The American health care system is approximately twice the cost of all the other systems of developed countries, with lesser outcomes. There are two major ways these costs could be reduced. The first is to have the U.S. government buy all and every pharmaceutical drug from the drug companies, both U.S. and foreign. This is what all developed nations do, except the U.S. And that is why the U.S. has twice the drug costs of the other nations. The other nations enjoy tremendous buying power, as their governments negotiate ALL the drug costs for their entire nation. The U.S. negotiates drug prices via a multiplicity of negotiations on the part of individual health care providers (insurance companies.) Thus their individual buying powers are far less than the gargantuan buying power of national governments. In addition, in the U.S. there is currently NO transparency vis-a-vis hospital costs, and doctor costs. You might pay $4,500 at one hospital for a procedure, and $12,500 for the same procedure at another hospital, with the same ratio of successful outcomes. The hospital refuses to divulge to you or to your insurance company what the cost for the procedure will be! This is legal. They are not legally required to do so. They just send you a bill. Then, and only then do you know what the procedure cost.
That’s nuts. When you go to Best Buy to buy a flat screen T.V., do you ask what the item cost? Yes, and you receive that information. When you go to an auto dealer to buy a car, do you ask the price of the car? Yes, and you receive that information. Would you go to a Best Buy or an auto dealer that refused to reveal to you the price of their products? No. The Trump administration has put forward legislation to require all health car providers to provide their prices in advance of any procedure. You can bet your bottom dollar the hospital chains and doctors’ lobbyists will fight this tooth and nail in the Congress. Can they bribe enough Congressmen to kill the bill? Stay tuned. In any event, if the bill passes, the transparency achieved will undoubtedly help to bring health care costs down substantially, based upon one simple concept that everyone can understand: competition.

There you have it. Apologies to all. I used to run a health care provider company which managed to reduce costs via stealthy manipulation of the nutty, multifarious regulations that infest the industry. So, the basic structures of the business remain an interest. Business? It’s more like a racket. And what a racket!

Thank you for the excellent suggestions. Wise as they seem, I am not holding my breath.

If “health care” represents about 15% of our GDP, it seems to me Americans would need to pay about 15% of GDP one way or the other. Am I missing something other than adding to the deficit?

I’d begin with the 15% and set out to make it smaller. After that, the percentage of GDP likely would not change simply because of the method of allocating payments. It seems likely that everyone will agree that someone else should be paying for it. 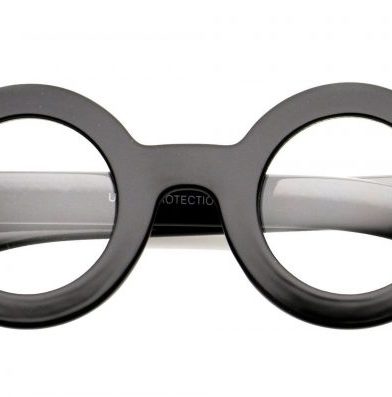 It seems unusually churlish to have named this year after the definition of perfect vision, as it is hard to think of a time when there has been less clarity. In general, people are not very good a... 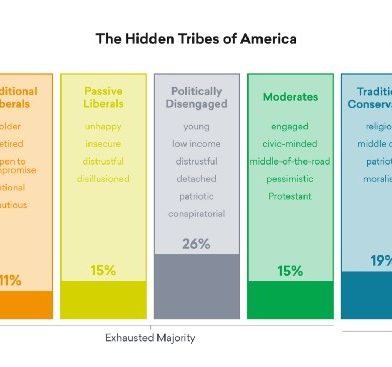 What’s Wrong with this Picture?

If this chart accurately depicts the makeup of American voters, why are we yet again faced with such deeply disappointing choices as we contemplate the coming elections? The sharp increase in polar... 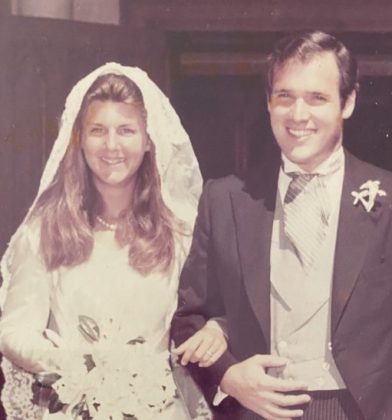 Around the World in Fifty Courts The Wilderness Years

The spring and summer of 1974 we’re not very good for my court tennis, but they were excellent for other aspects of my life. I put check marks next to law school and the bar exam, ended my Upper West...