The initial public offering of Facebook didn’t go too well.  Disgruntled investors are already suing the company, its founder, Mark Zuckerberg and its investment bankers though, according to spokes-flacks, “the suits are without merit and we’ll defend ourselves vigorously.”

The causes of all this disgruntling have not yet been determined and the re-gruntling industry is mobilizing to its appointed task.  Orthopedic surgeons are canceling weekend plans in anticipation of an epidemic of finger sprains caused by misdirected pointing.

Some believe that increasing the offering price to $38 per share was the primary culprit; others believe that increasing the offering size by 25% deserves the blame; still others believe that sharing negative information about the offering with larger investors while withholding it from smaller investors, otherwise known as sheep, was unhelpful.  Most of the rest, if there are any, blame NASDAQ, whose systems appear not to have performed as they should have.  Disclosure: it is entirely possible that no one actually believes any of these arguments, but they are convenient.

Flocks of journalistic interns have found none who blame themselves.

Missing no opportunity to come to the rescue, congressional hearings are on tap.  Makeup artists are touching up earnest expressions on the faces of clueless lawmakers. Such hearings offer little hope at least in the near-term.  The information gathered must first be fashioned into draconian legislation to be dangled in front of financial industry lobbyists as bait for “disgruntlement-soothing” campaign contributions.

Upon receipt of whatever contributions the market will bear, the disgruntlement will be diluted to face-saving levels as determined by public relations professionals.  Filibusters will follow.

Lest anyone think this charade is all for naught, Massachusetts Senate candidate, Elizabeth Warren, will have several days of campaign tomahawks with which to scalp Scott Brown.  Oops, that Indian… er, Native American… thing didn’t go so well.  Try whatever analogy works for you.

As a public service to all the young staffers whose upcoming three-day weekend plans are in jeopardy, libertyPell offers a low-cost, self-help solution.

Look in the mirror.

Are you personally a giant hedge fund?  Nope.

Are you personally a giant pension fund?  A sovereign wealth fund, maybe? Nope, not that either.

Are you personally the kind of investor who is entertained by his broker with fat cigars and $1000 bottles of wine?  Still no?

Unless you can answer yes to any of these, you are a sheep and you are going to get fleeced.

The closer you are to the bottom of the financial food chain the more likely you are to see only the deals that have been certified as turds by those above you.

Your sentence: “The closer you are to the bottom of the financial food chain the more likely you are to see only the deals that have been certified as turds by those above you” should read …”you are to be shown only the deals”

The real, if less humorous, advice for the little guys is not to let brokers or media hype sell him stuff.

If I know Mr P he wasn’t long at 42, he was more likely to be short at 24….
This IPO does not reflect well on Wall St at such a difficult time. Over here [London] I was told to treat it like it was radioactive, it was controversial before the spluttering launch. I have some great graphs of the decline in FB growth rates over the last 3 years but cant figure how to load them – I tried to put them on my FB page but it wouldn’t accept them….

An assessment from my former employer:

Lisa Rapaport
June 4 (Bloomberg) — Facebook Inc., the world’s biggest social-networking company, tumbled to a record intraday low after Sanford C. Bernstein & Co. initiated coverage with an underperform rating and a $25 target price.
The shares fell 3.4 percent to $26.79 at 10:14 a.m. in New York, and earlier touched $26.57, the lowest intraday price since the stock began trading at $38 on May 18.
“It is difficult to argue for owning the stock today,”
said Carlos Kirjner, an analyst at Bernstein in New York, in a research report today.
At the time of its initial public offering, underwriters led by Morgan Stanley set a price that valued Facebook at 107 times reported earnings in the past 12 months, more than every Standard & Poor’s 500 stock except two. Facebook and Morgan Stanley have faced criticism for increasing the number of shares to be sold in the IPO by 25 percent to 421.2 million days before the offering and pushing up the asking price.
Facebook’s gains in advertising, which drives a majority of its revenue, aren’t keeping pace with growth in its user base as more members access the site through handheld devices. The Menlo Park, California-based company only recently introduced an advertising service for mobile users, and the platform hasn’t yet generated meaningful revenue, Facebook said last month.

A near-term slowdown in sales growth will fuel investor concerns about full-year 2013 sales, Kirjner said. The deceleration may “prove to be a temporary setback if, over time, Facebook manages to improve monetization of its inventory, both PC- and mobile-based, and maximize the value of social advertising,” Kirjner said.
Facebook is developing tools to let children younger than
13 years old use the site with parental supervision, a move that may rekindle privacy concerns, the Wall Street Journal reported yesterday.
“Facebook is trying to use children to desperately boost its ad revenues now that it’s gone public,” said Jeff Chester, executive director of the Center for Digital Democracy, a Washington-based privacy group.
Andrew Noyes, a spokesman for Facebook, didn’t immediately return an e-mail seeking comment. 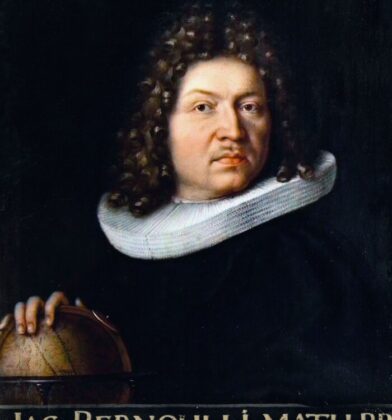 There is good and bad about playing a small game. By now, you have seen much of the good. Players of small games are more enthusiastic and see themselves as integral to its very existence. After years...