There is a lovely area in Virginia to the west of Washington, DC, where I have bicycled for many years.

It is bounded by the Bull Run Mountains that run more or less north south about 50 miles to the west of the city. It extends to the Blue Ridge Mountains that run parallel another 20 or 25 miles to the west. The northern border is the Potomac River that winds its way up to West Virginia and the southern border is the Rappahannock River about 50 miles away.

Some call it “horse country,” which indeed it is. Others think of it as the range of Mosby’s Raiders, a battalion of Confederate Cavalry formed on June 10, 1863 in Rectortown, Virginia by Colonel John S. Mosby, CSA.

Mosby’s Raiders or Rangers (both appear to be correct) engaged in behind-the-lines guerrilla warfare and terrorized the Union Army. His territory generally extended the distance a horse could ride in a day (25 miles) in all directions and he attracted volunteers by offering the opportunity to profit from captured booty.

Uniforms consisted of “something gray” so you begin to get the picture that Mosby’s Men (yet another name) did not overthink adherence to accepted rules of warfare. It is alleged that “something blue” might also have crept into various uniforms, which did little to increase popularity with their enemies.

Nor was their preference for pistols over the sabers used by the Union Cavalry a cause for increased respect. Pistols were cheating until later adopted by both sides.

Given recent events, it is perhaps less than surprising to learn that the name “Mosby Heritage Area” — an excellent description of the boundaries of my bicycling domain — was recently changed to the “Virginia Piedmont Heritage Area.” That decision was taken by a friend of mine who hosts an annual Fall lunch at his house, which also happens to have been Mosby’s headquarters.

But all of this is background; colorful, perhaps, but nonetheless, background.

More relevant are the trends today. The outermost suburbs of Washington are at the easternmost edge of the area.

The farms, on which tractors and pick-up trucks constitute “farm vehicles,” according to their license plates, now compete with Audi A-5 convertibles filling that role. Another sign of change is the increasing number of crew-cab pick-up trucks towing trailers filled with industrial-strength lawnmowers from place to place, since that work is now quite often contracted out rather than performed by farm owners.

This is both the geography and the sociology of the previously-unheard-of-and-certainly-scientifically-useless “Mosby Test.”

What is to be tested?

Well, the winner of the election, of course, and the Mosby Test is not alone.

The Benjamin Franklin Elementary School in Yorktown Heights, NY has held an election for 48 years among its K-5 students and has never been wrong. Well, until 2016, when the children, after much hard work and study, picked Hillary Clinton.

The Spirit Halloween retail chain counts mask sales to predict election outcomes and they even got 2016 right. Dress up as Joe Biden or Donald Trump; your choice, but Spirit Halloween is counting.

Then there is the Changsha monkey, who devotes most of his time to picking the winners of soccer games. In 2016, after some banana consumption, he held up a sign showing the Chinese characters for Donald Trump.

Alan Lichtman, a professor at American University, just up the street from me, predicts elections without using polls and has been accurate every time since 1984. To my mind, he cheats by using actual science and measurable prevailing trends.

Finally, there is the Monogram Cup test in East Hampton, NY in which the sale of logo-embossed, politically themed reusable plastic cups determines the winner. It fell short in 2016.

A bicycle rider of a certain age and fitness level might cover 25 to 50 miles on a weekend day. This is at a pace of 12 to 15 miles per hour, offering ample opportunity for observation and reflection, as the miles go by.

I have been a frequent rider in that area for almost 10 years, which happens to include five elections — three Presidential and two off-year.

I have observed the signs supporting one candidate or another, but not kept track of them or where they were located. There are villages where opposing neighbors seem to try to outdo each other.

There also appears to be a north/south running water line between the increasingly Democratic eastern part of the Virginia Piedmont Heritage Area and the still Republican western part.

Over the last 10 years and the five elections during that period, that waterline appears to have crept further and further west and the trend continues today. It even seems to be accelerating.

With luck and good weather there will be about a dozen more observations of the Mosby Test before the election and none of them will be recorded. They are feelings that exist only in my head.

Nonetheless, the Mosby Test suggests caution for the President.

12 Responses to “The Mosby Test”

We must imagine a Court Tennis match between Mosby and General Grant. Mosby could ride a horse 25 miles a day, so he was relatively hale and hearty. Grant rode horses as well, but he was a drunk. Thus Mosby would have prevailed in a Court Tennis match with Grant. Tough to whack the ball with authority and accuracy when you’re hungover.

Mosby’s guerrilla war tactics are similar to those of Trump’s asymmetrical warfare with the status quo. They are thus aligned.

Thus Trump will win the election.

Maybe the real Mosby Test will be polling these comments? Though the Pundificator audience skews way too smart to be representative of the population as a whole.

In the 1970’s, while serving as an Army officer at Ft. McLellan ( since closed) in Anniston AL, my wife and I ate at a local restaurant called the Battle House Inn.
In the restaurant there was a large mural on the wall of an imaginary scene at Appomattox of Grant surrendering to Lee.
Imagining things don’t make them real
I predict Biden in a squeaker

I doubt anyone will enjoy a squeaker that lasts past Christmas.

Woodberry Forest School in Orange, Va. was founded by Captain Robert Walker of Mosby’s Rangers. Mosby’s pistols used to be on display in the library at WFS- they are no longer there. I wonder what happened to them?

The custom on pistols for Mosby’s Rangers was two at the hips and two more in the boot tops. Meanwhile the Yankee cavalry waved their sabers from a distance.

In South central PA where we live, facetiously referred to as ‘Alabama ‘, it is vermillion red. Our ‘Mosby Line’ may be the appearance of Biden signs, at least 10 and counting, emerging in the ‘hood. Not a runaway, to be sure, but looking up.

Another election bellwether. If central PA is close the rest of the country won’t be.

An excellent read as always.

Another excellent read, Haven – thank you! I just came across your April feature “Real Tennis – a cut above” and, as is my wont , offered some observations. Unfortunately, the formatting seems to have gone awry, so apologies for a seemingly interminable paragraph!

Thanks again. I do look forward to your missives

Roy, In recent months we have added a search feature to the site. Sadly, the better search term to use is “court tennis” for the stories that might interest you. I should have thought to include “real tennis” as well. The search term now fetches up a dozen stories. Thank you for reading and adding such detailed and thoughtful comments.

The mortgage meltdown that would tank world financial markets for the second time in less than a decade was still a year away in the fall of 2007. If you are in the investment management business, as...

The journey continues with a non-tour of the unplayed American courts. Many overseas visitors tour the United States, playing each court in succession over a short period of time and I suppose some Am... 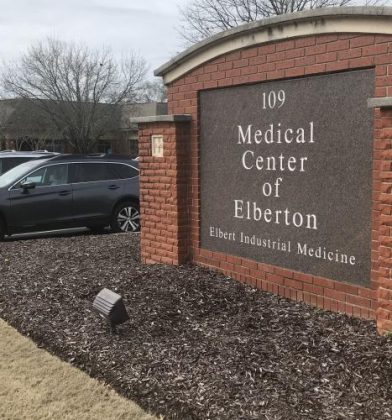 The Georgia Department of Public Health has suspended the Medical Center of Elberton in North Georgia from the statewide COVID vaccination program for a period of six months. Since this is a rural...