The Most Important Election Ever. To Whom?

History is more likely to determine the 18th Party Congress in Beijing to have been the most important political event in November 2012. The Politburo is to be reduced from nine billionaires to seven, which — given the astonishing opportunities for theft at that level of the Chinese government — is quite an accomplishment. Hu Jintao will hand the reins to Xi Jinping so there isn’t even any suspense.

In contrast, we will have spent close to $6 billion on our election with very little likelihood anything will change. If split government results in gridlock, as it has for quite a while, watch for at least two more years of that because neither party is likely to run the table. According to my “artful amateur” analysis and yesterday’s Intrade odds, the chances of the Democrats controlling the White House, the Senate and the House of Representatives are about one in 50 while the Republicans have less than a one in ten chance of a sweep. Everything else is gridlock and finger pointing. Does blaming ever get old?

Those to whom the election is most important are the leaders of the two parties and the political consultants who serve them. Curiously these are the very same people who have contributed so effectively to the many problems we now face as a country.

They definitely care which group gets to accept the bribes for the goodies to be inserted into unrelated bills, but we don’t. Goodies are goodies. What difference does the bribing make to anyone else?

There will come a time when business as usual will no longer work. Nobody knows when, but it is getting sooner. Neither political party is likely to anticipate it and react in advance.

Meanwhile they look after themselves but definitely not after you. You are just the tool they use to get there.

4 Responses to “The Most Important Election Ever. To Whom?”

You make many good points and do not gloss over a thing. A tool? Really? Better than an ant under the Allen Edmonds wingtips, I suppose.

You have redefined the definition of the word cynic! This election is important. Will America continue down it’s path to socialism under Obama or will the voters reject his policies of the past four years? That is the question before us. Romney is the alternative who, at least, represents a return to the problems of the past not continuing the social experiments of the present. I’ll take the former anytime.

Is this election important? You bet it is!

There are many reasons this election is important, not the least of which is we are deciding what direction the country will be going in during the next four years. The President we elect today will determine the tone and impact of the Supreme Court for a couple of generations. The fate of healthcare reform hangs in the balance. The survival of Roe v. Wade is on the line. Whether the country will be organized to serve the 1% or the 99% is at hand. These things matter, not to billionaires in China, but to working class people in America. Of course, one can always take the position that nothing is important, and nothing will change. But a more compelling case can be made that what our elected officials do is imporant, things do change, and it is up to us to be involved and accountable for all of it. 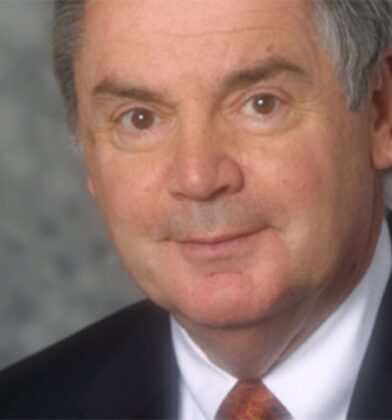