War in Syria: We Could Try Doing it Legally

Quick, with more money at stake than you would care to lose and no lifeline calls to experts, what should the United States do about Syria? Surgical missile strikes are on offer, but the fear is they will lead to more.

Bzzzzz. Time’s up. You lose. Fortunately, your getting it wrong does not matter.

It is different if President Obama gets it wrong, and he will because Syria is a no win situation. “Tohu wabohu” – chaos and tumult – as the Hebrew Bible admonishes.

Syria is a convenience not a country. It is about the size of South Carolina but with 22 million people, a fair bit of natural gas and a Russian military base. The scatter pattern of colors on the map shows the different sects and groups (a.k.a. tribes) that were cobbled together by England and France less than a century ago. It is run by the Alawites, a tiny minority led by Bashar, the latest of the al-Assad dynasty.  It is strategic planning 101 for tiny minorities to run countries like Syria because, if they don’t, they get exterminated.

To avoid extermination, the al-Assad dynasty has been heavy-handed, and a civil war has broken out. This civil war is not limited to Syrians, however. Thanks to viral marketing, social networking and the decentralization of al-Qaeda, the Syrian civil war has drawn fighters from all over the Middle East. Al-Assad versus al-Qaeda, first with traditional bullets but now allegedly with chemical weapons  — an equal opportunity killer but a far better attention getter. For some reason, gas is a “moral obscenity” while bombs and bullets are not.

Here are some of the justifications for the United States to jump into yet another Middle East conflict.

And here are some of the reasons not to.

If we go to war, how should we do it?

The Constitution requires the Congress to approve going to war.  Likely, such approval could not be obtained without a titanic battle. If the Congress did approve, it would have a significant impact on the 2014 election.

In response to the question, “Do you think that President Obama should or should not be required to receive approval from Congress before taking military action in Syria,” 67% of Americans said yes and 16% said no.

Should the President proceed without Congressional approval – and many have – remember his words about President Bush while campaigning in 2007: “The President does not have power under the Constitution to unilaterally authorize a military attack in a situation that does not involve stopping an actual or imminent threat to the nation.”

The British Parliament did not believe the “tosh and rubbish” expressed by the coalition government and it voted “no.” This has been depicted as a humiliation for Prime Minister Cameron but one wonders if he is not secretly pleased to have dodged a bullet.

5 Responses to “War in Syria: We Could Try Doing it Legally”

I don’t think we can afford a serious war anywhere as broke (in debt) as the US is. Can we afford this if it blows up? The powder keg potential is tremendous. Maybe better to just admit we are wimps and do nothing. Iraq was similarly divided and we did not accomplish much there. Maybe it’s better to save our powder for where it counts. However from Kerry’s statement today, it seems pretty certain we will send some missles. Clinton did that to try to get Bin Laden, but sent them too late. The Syrians are for sure putting things that count under cover. We’ll just hold our breath.

Like dealing with peace protestors, anti-frackers, and other generally naughty/dumb children, sometimes the best thing to do with trouble is just ignore it. Take the TV lights and microphones away, stop talking about Syria, and get on with what America is supposed to be best at, being capitalists, making money to fix your economy. l supportthe idea that al-Qaeda fights al-Raghead in all these far away places like Egypt and Syria, much better than coming round here and annoying us or blowing up your WTC. Leave ’em to it! Who cares that Obama looks dumb, he pretty much is dumb and we all know it, and he can’t be re-electyd anyway

Apparently the White House took your suggestion to try doing it legally. i am in awe. Congratulations.

Thank you Ashley. Would that they were followers. 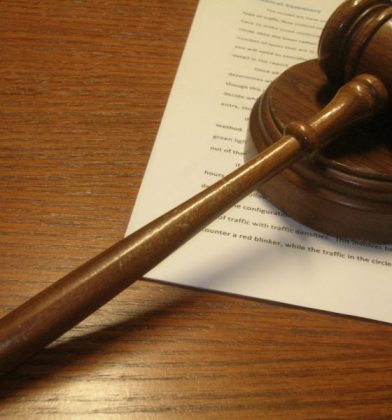 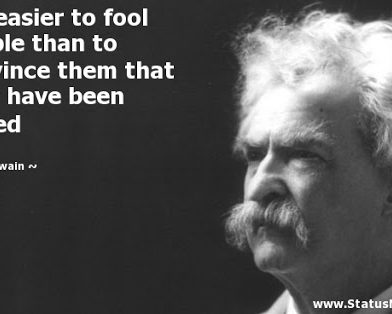 The Attack on the Capitol

Did Mark Twain actually say, “it is easier to fool people than to convince them that they have been fooled?” There is disagreement. Does it matter? True, attributing the quote to Twain adds to its...